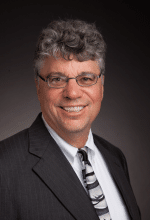 Mr. Unger handles wrongful death and major injury cases for the firm. He was raised in the Seattle area and attended 2 years at the University of Washington before transferring to UCLA. After obtaining an undergraduate degree at UCLA in 1981, he worked for two years in the Recreation and Parks Department for the City of Beverly Hills. He then returned to UCLA, where he graduated from their law school in 1986. While in law school, Mr. Unger earned the American Jurisprudence Book Award in Torts. He also taught "Street Law" twice a week for one semester to high school students. In addition, he wrote a law review article that won first place in a UCLA sponsored writing competition. His article, entitled "Compulsory Self Incrimination and the Oil Spill Statute - What the EPA Doesn't Know Will Hurt Them,"can be found at 4 UCLA Journal of Environmental Law 231 (1985). The article, which criticized a federal statute that operated to discourage individuals from reporting environmental accidents, was brought to the attention of the U.S. Congress. Shortly thereafter, the U.S. Congress deleted those provisions to the statute that Mr. Unger had criticized.

Mr. Unger has been practicing in the State of Washington since 1987. Mr. Unger was an insurance defense attorney with the law firm Murray, Dunham & Murray for the first 14 years of his practice. His clients there included Allstate, AIG, Chubb, National Merit, Dairyland and USAA.

In 2001, Mr. Unger left his partnership with Murray, Dunham & Murray and joined the law offices of Buckley & Associates because he wanted to represent people instead of insurance companies. Mr. Unger’s practice focuses on insurance coverage and product liability litigation. He has an excellent track record for his clients and has recovered more than ten million dollars on cases settled or litigated from 2011 to 2014.

Mr. Unger lives in Newcastle with his wife and daughter and enjoys skiing, golf and chess.