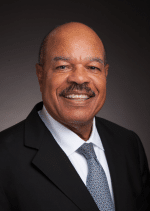 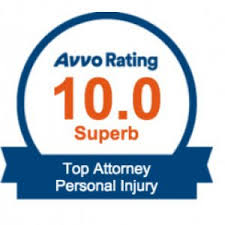 On a personal note, I grew up near Memphis, Tennessee. After graduating from high school I joined the Army and became a paratrooper. I served two years in the Vietnam War and was awarded various medals for my service, including the Bronze Star and Purple Heart. I then studied at Memphis State University and the University of Washington, graduating in 1974 with a Bachelor of Arts degree in psychology. In 1977 I received a Juris Doctorate (law degree) from the University of Oregon Law School.

Today I continue my legal education by attending seminars and conferences. My emphasis is as a trial lawyer handling serious injuries and wrongful death matters. I am also a former hearing examiner with the Washington State Bar Association and serve as an arbitrator for King, Pierce, and Snohomish counties.

I have personally handled over 2,000 injury and wrongful death cases for our clients. I also have personally recovered over $50,000,000 for clients and have supervised and assisted the other attorneys at Buckley & Associates in recovering over an additional $100,000,000 for our clients. A sample of cases I have handled and resolved for clients are:

Client was a pedestrian struck by a runaway jeep. The client sustained a below the knee leg amputation; fractured leg; head and hand injuries; scars. The jury determined that the 1993 Jeep Grand Cherokee that struck our client was not reasonably safe due to its design and that the manufacturer Daimler Chrysler was negligent for failing to retrofit the Jeep with a brake transmission shift interlock and in failing to provide adequate warning after the Jeep was manufactured. There were over 500 runaway Jeep Cherokee injury and death incidents nationally and this was the first case tried to a successful jury verdict. Daimler Chrysler's appeal was rejected by the Court of Appeals and the state Supreme Court; consequently, Buckley & Associates successfully forced Daimler Chrysler to pay the judgment, plus interest, for a net total exceeding $6.4 million dollars. Buckley & Associates thereafter settled other runaway Jeep Cherokee cases for other clients of Buckley & Associates. See “$5.1 million accident judgment” – The Seattle Times

Client was driving eastbound on a road near Port Orchard. The defendant was driving a dump truck westbound on the same road. Defendant changed lanes into the client’s lane and caused a head-on collision. The client sustained knee and leg injuries; fractured pelvis and ankle; post-traumatic stress disorder; emotional distress.

The client was walking in a crosswalk and was struck by an SUV making a left turn. The client was dragged underneath the vehicle for approximately 20 feet. The driver claimed that the client had crossed the street against the “do not walk” signal. The client suffered fractures to his arm, leg, ribs and pelvis. Case settled for the $1.5 million liability insurance policy limits.

Passenger vs. Driver and Auto Manufacturer

The client was a passenger in a vehicle that rolled over after her husband fell asleep at the wheel. In the process of the rollover, the door on the client’s side came open. The client sustained fractures to her hip and leg. She also suffered open dislocation of her knee and laceration. Auto manufacturer was sued for defective product. Case settled with the auto manufacturer for a confidential seven figure amount. Insurer for client’s husband and underinsured motorist coverage settled for insurance policy limits.

Pedestrian vs. Motorist and City

Client was a passenger on a King County Metro bus that stopped in the middle lane of a 3-lane northbound roadway. As the client exited the bus a SUV vehicle operator in the curb lane struck client with her vehicle. The bus driver claimed that he stopped in the middle lane because the curb lane alleged had too much snow in it. The police in-dashboard videotape showed otherwise, plus a television weather reporter was prepared to testify that the curb lane had very little snow in it and did not created a hazard for the bus to enter. Shortly before trial, King County agreed to liability and paid $1,000,000 to settle the case. The SUV insurer also paid its $100,000 liability insurance policy limits to settle the case against the SUV vehicle operator.
My hobbies include golfing, fishing, traveling, chess, and spending time with my wife and children, as well as charitable donations and work.